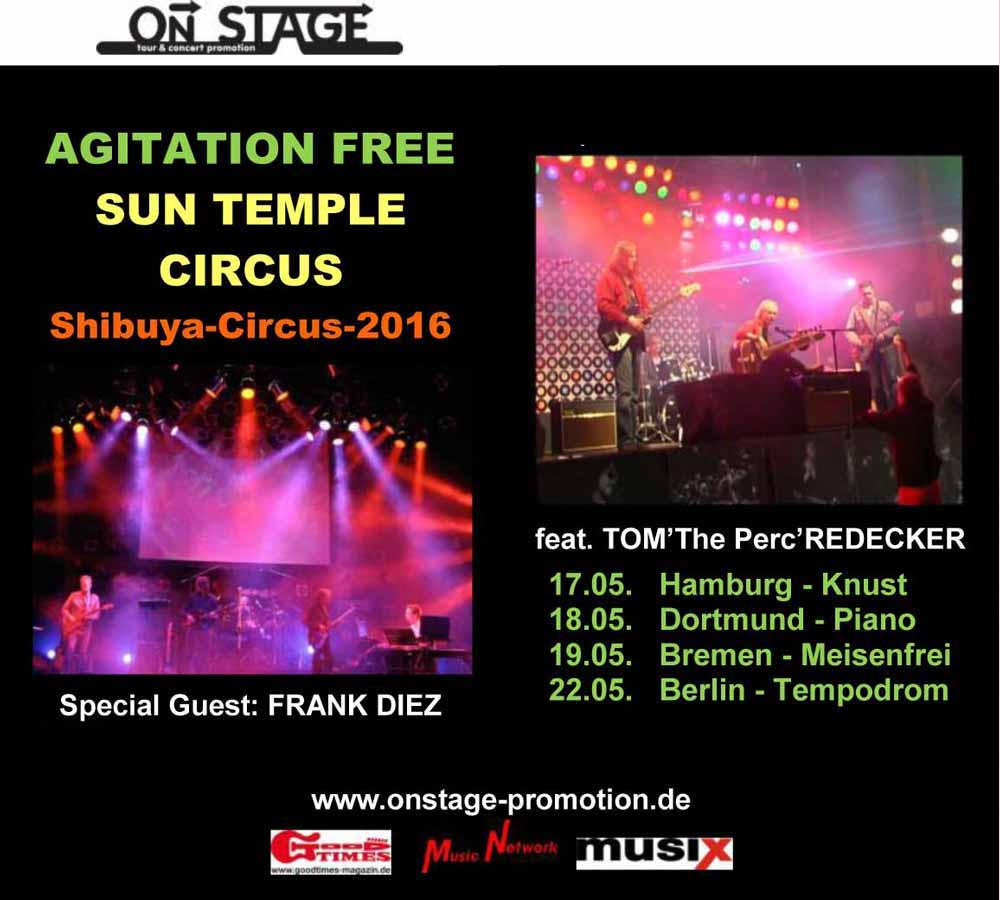 After celebrated concerts in London, Manchester, Paris, Berlin and at the renowned Burg Herzberg Festival, now there is a rare new opportunity to hear Agitation Free live – together with the Ethno / Kraut Band Sun Temple Circus.

The dates for new concerts under the tour title

With his illustrious musical career, Diez is one of the long-standing pioneers of german rockmusic. He played with many of the earliest german bands, including Ihre Kinder, Karthago, Emergency, Atlantis, Frumpy, Randy Pie, Snowball and Eric Burdons Fire Department.
He was founder-member of the Peter Maffay Band and worked 30 years with the mostsuccesful german Rock-Singer. In 2011, Diez was a member of the British Blues Quintet (BBC) with Maggie Bell, Zoot Money and Dave Kelly.
Since 1986 he works together with bassplayer Colin Hodgkinson, they formed the Electric Blues Duo and played more than 1.300 concerts together. He is also the only German guitarist who has played with Jimi Hendrix, Chuck Berry and Little Richard.